What exactly is Neurofeedback?

Changing your brain wave patterns, which is the interaction of electrical and chemical activity in your brain, produces changes in how you feel, how you act, as well as how you interact with people and the world around you.

There is a solid history of neurofeedback going back to the 1960s when Barry Sterman did research for NASA using this technology.  And the use of the EEG goes back to the turn of the 19oo’s.  From Sterman’s seminal work, many pioneers in this field, through trial and error, developed ways of improving the brains resiliency by teaching the brain to either increase or decrease its function in various brainwave frequencies.  It was allot of guesswork in the beginning and this way of working did produce side effects for sure.  But after 60 years of development, NeurOPTIMAL™ Neurofeedback has taken the field to another level; it is an evolution in this technology, springing out of all the other major approaches out there. 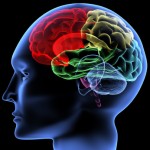 Because of the power of the personal computer combined with the new understanding that our brain (Central Nervous System/CNS) is a non-linear organ that lives on the edge of chaos and order, this new approach allows your brain to makes its own decisions rather than trying to push or prod it in certain directions of what the practitioner ‘thinks’ is good for your brain.

This new way of brain training sees few side effects because we do not make decisions for your brain; your brain does that for itself because it is capable of doing so!  It is the most sophisticated computer on Earth and we have only learned this in the past ten to fifteen years!

So NeurOPTIMAL™ is a different type of neurofeedback (formerly NeuroCARE®) system. I won’t be making an educated guess about what your brain needs. Instead, the system will give feedback to your brain in real time, feedback about what your brain just did. The brain uses this information to renormalize or reorganize itself.  NeurOptimal™ also works across a full spectrum of brainwave frequencies rather than focusing on narrow ranges chosen by the practitioner so there’s no guesswork involved.

Your brain is the most complex system we know of, and it is masterful at organizing itself on your behalf for surviving well in its environment. Neurofeedback using NeurOptimal™ uses the EEG – information about the electrical-chemical activity in your brain (CNS) – to assist your brain to be at its highest resiliency and adaptability, taking advantage of it’s ability to organize itself for ever improved functioning.

Your can read more about  NeurOptimal™ at the Zengar website LINK.

What are the similarities between biofeedback and neurofeedback?

People often ask about the difference between neurofeedback and biofeedback. Neurofeedback is a form of biofeedback, but traditional biofeedback works with the peripheral nervous system (the PNS)  outside the core of the body. With biofeedback, the client learns to make changes to the PNS ( reducing muscle tension or increasing skin temperature), and practices the skills on his or her own, with the expectation that learning those skills will affect the central nervous system in a positive way.

Unlike traditional biofeedback, neurofeedback works directly with the central nervous system (CNS).  The CNS affects all of your body’s systems. Changes in the CNS will reflect in the PNS – and in your life.

If this sounds like something that you are interested in, please feel free to give me a call to make an appointment.  Feeling is believing!  And if you aren’t ready to take that step, I am always happy to answer any and all questions so that you can see if this might be for you of your child.  Call me at 303-449-2004 or email me to get your questions answered.